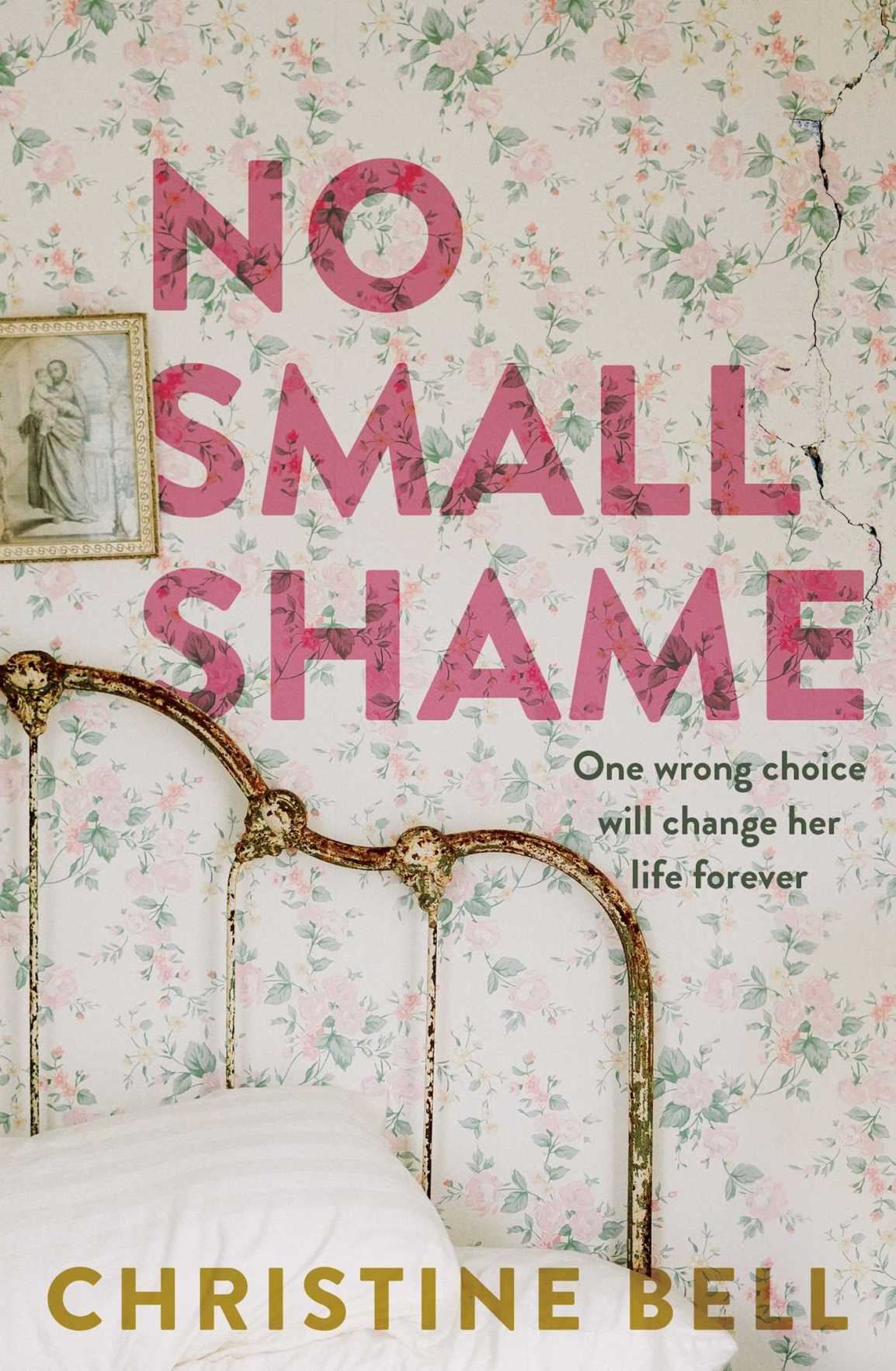 Christine Bell’s No Small Shame is one of many novels that has been impacted by the Corona virus shutdown. But, it has been wonderful to see just how supportive the online literary world has been. Here’s hoping that Chris’ novel receives all the attention it deserves. Here a few thoughts.

No Small Shame focuses on the experiences of a young girl, Mary, as she immigrates with her family from Scotland to Australia, full of hope that life in this new country will allow her to use her talent and energy to become more than a wife and mother. She also hopes, just as fervently, that her best friend and confidante, Liam, who is also journeying to Australia, will love her and join her in setting free from all that has held them back in Scotland.

But, life is not as simple as they imagine, and when Liam is forced into working in the mines as he did in Scotland, he becomes surly and withdrawn. A night of drunken passion with Liam leaves Mary pregnant and obliged to marry the reluctant father; her life is changed forever.

The novel, as many have remarked, is extremely well researched, but what I liked so much is Bell’s comfortable familiarity with the material that gives her characters a real world to live in. In particular, Bell has caught the rhythms, syntax and language of her characters and their time. The dialogue is accessible, but has enough distinctive difference to take us to a different time. Getting that balance right is no easy thing to do well, and it’s one of the main forces that draw us into the story, as in these lines that also hint at the heartache on the way for Mary:

Instead of the answer she was hoping for, Liam dropped his hand and sank his face into the neck of the pony beside him, began gulping into its scruff.

Jings! was he sobbing?

From those hoots, she more suspected he was laughing his fool head off. She began to run, her feet stumbling on the coal waste. Well, let him. She’d be laughing louder come next week thinking of him chucking his breakfast, lunch and tea over the side of the ship, hopefully all the way to Australia.

‘You will be Liam Merrilees,’ she shouted over her shoulder. ‘I won’t miss you a day. See if I do.’ And she kept running across the railway track. She didn’t top until her boots pounded on the stairs of number ten.

Why did the dafty act as if it was only himself going out to Australia, instead of her and both their families too? As if he’d forgotten her already and their friendship of years meant nothing. Their blood friendship. As if she wouldn’t be right there alongside him.

‘Mary! Is that you blethering out there?’

At Maw’s call from the landing, Mary sucked down her sniffles and took one last look over the roof of the washouses and up near the bing to the distant figure jumping about to amuse old Neddy, without even a look her way or an, ‘I’ll miss you’.Only her mother’s shuffling footsteps made her move her backside and get inside before Maw came looking for her.

One of the main strengths of the novel is the portraits of the main characters, all caught by their own particular desires, needs and weaknesses. I enjoyed the complexity of their struggles, while hoping that there might be some moments of light in their lives.

It is painful to watch Liam’s hopes undermined, in many ways, by the very strength of his own ambition and his frustration when his plans come to nothing. This is further compounded, as it was for so many men, by the horrors of World War 1. Similarly, Mary’s mother, caught into twin bind of poverty and social expectation, is not only demanding and dissatisfied with others, but deeply unhappy with herself.

Mary, on the other hand, is a less dark and confounded character, perhaps  because, as the main character, we hear her thoughts and perceptions, and we understand why and how she acts. We see her as daughter, lover, and mother, struggling to manage the demands placed on women at the time. She suffers from her own limitations, as well as at the hands of others, most especially her mother and Liam, but she has the emotional intelligence to learn from her suffering and to discover her own strength and wisdom.

At the end, I was surprised to check and discover that the novel covers only ten years. The change of country, the war and its aftermath, and the enormous challenges and changes that Mary faces form an expansive canvas, but Bell never allows that to overtake the main focus of Mary’s personal journey.

This is a novel of darkness and hope, full of insight, and written beautifully, with intelligence and sensitivity. A wonderful debut, and we all look forward to reading more from Christine.

If you want to read more about the novel, there’s a great interview with her at ‘Mrs B’s Book Reviews’.